Rithvik Chand has written his name in history books in Victorian Education. The Melbourne Tabla School student of Lake View Secondary College completed his VCE music examinations on the tabla at the end of 2018 and achieved a perfect score - 50 out of 50. It is the first time anyone has received a perfect score on an Indian instrument in the VCE system. “In fact, as far as I know, it’s the first time anyone has received a perfect score in VCE music on a non-Western instrument. I am really proud of Rithvik, and also that tabla will go down in history in that role.” says his tabla teacher Dr Sam Evans.

Rithvik said the course was demanding and required a lot of practice but it was all worth it. “Of course, I had to work really hard and do a lot of practice, but my skills improved a lot and that feels really great now”.His final performance recital included Indian classical music as well as multicultural world music. “The course was great as I was able to apply all the traditional tabla skills I had developed over the years and also learnt how to play tabla in a variety of other genres such as world music” he said. For other students he suggests having very good support systems in place “It was really important that my classroom teacher David Oxley supported what I was doing, as well as my tabla teacher who knows the VCE system and my parents, that really helped get me through.” 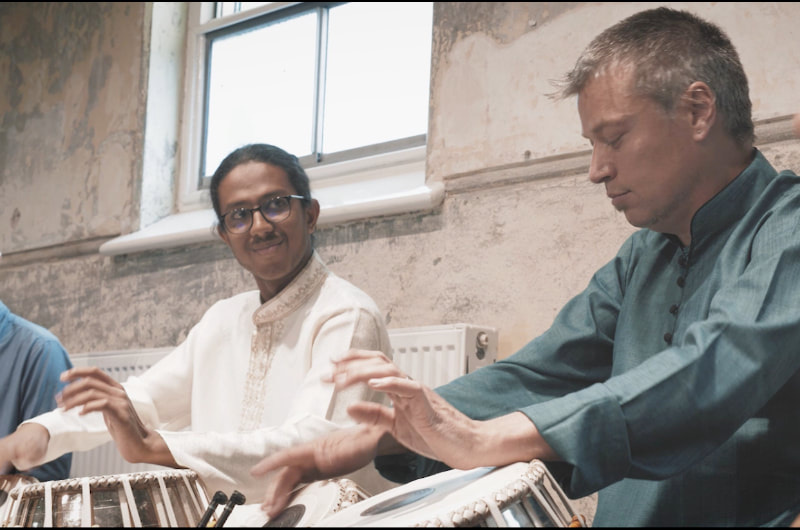 Rithvik Chand performing with Sam Evans the week before his VCE exam
Dr Evans agrees with Rithvik; “Having the support of music staff from the students’ school is critical to students’ with non-Western instruments achieving well at VCE level. I think another challenge that students face is they need to have more initiative and independence than their peers, as for many school music teachers it will be their first time supporting a student in a non-Western instrument.”

The tabla was introduced to the VCE system in 2011 by the Melbourne Tabla School. “Since then all of the students who have gone through have received very high grades, all in the high 40s, but this is the first perfect score.”said Dr Evans, director of the school. “It’s fantastic for Rithvik and also for other students looking to do non-western instruments in VCE music. We now know that students can not only apply their tabla skills to contribute to their VCE grade, but they can be also very competitive at the highest level against the rest of the state.”

Rithvik has now been invited to perform at the prestigious Top Class program at the Melbourne Recital Centre that presents the best VCE music performers in the state. ​

​Melbourne Tabla School student Vincent Dodd, from St Michaels Grammar, has just become the first student in Australia to sit his VCE music exams as a tabla player. Beyond writing his name in the history books of formal education in Australia, he has also received one of the highest grades in the state for VCE Music. Vincent received 100% for his Music Investigation topic and an A+ for his performance, giving him a study score of 48/50. “It was definitely hard work – tabla is not an easy instrument” says Vincent “But I am very happy with the outcome so I can sit back and relax for a while now.”

Vincent performed traditional Indian classical music in his final examination including a solo tabla lehara piece, a raga piece, a world music piece and a jazz piece. “It’s important to show the versatility of the instrument and include music that is relevant in an Australian context says Vincent’s tabla teacher Sam Evans, who set up the program with the VCE board. “We had to work hard with the VCE board to have tabla accepted at this level, but we have done that now and Vincent has set a great standard.” Prior to this year it was not possible for VCE students to perform on the tabla in their VCE exams. “It’s a great step toward having Indian music recognised in formal education in Australia.” says Sam. When we asked Vincent what his future plans were he responded with a broad smile “more tabla.” 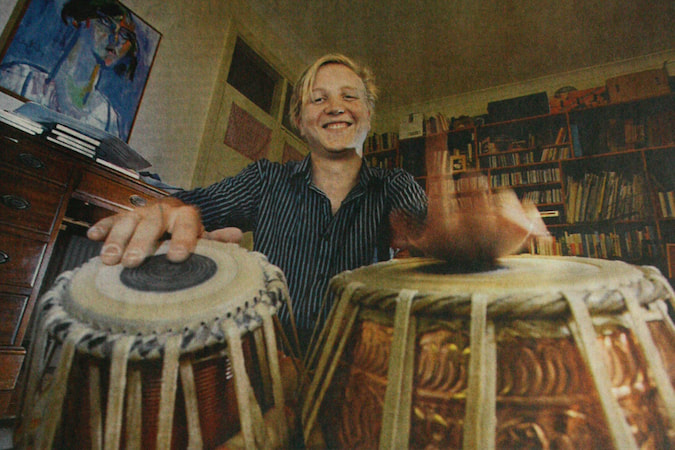 Vincent Dodd's photo in The Age following his VCE result